Boosting Education For Girls in Mozambique With Kurandza

When we first started Lyrical Host, one of our goals was to donate to worthy non-profit projects and causes. We’ve supported several projects in our first year, but the one we back month on month is Kurandza‘s #IStandForGirls campaign, which works to provide education, school supplies, and much more to girls in Mozambique.

In this interview with Kurandza founder Elisabetta, we find out more about how the campaign started, what the Kurandza team does, and how you can get involved right from your computer.

Hi Elisabetta! Can you tell us a bit about yourself and your background?

Hi Jenni, sure! I’m originally from San Francisco, CA and now split my time between Mozambique and California. After college I dreamed of working for the United Nations and making a difference in the world that way, but after visiting and studying at the UN in Geneva, Switzerland, I realized that it wasn’t the right path for me and so I applied for the Peace Corps. 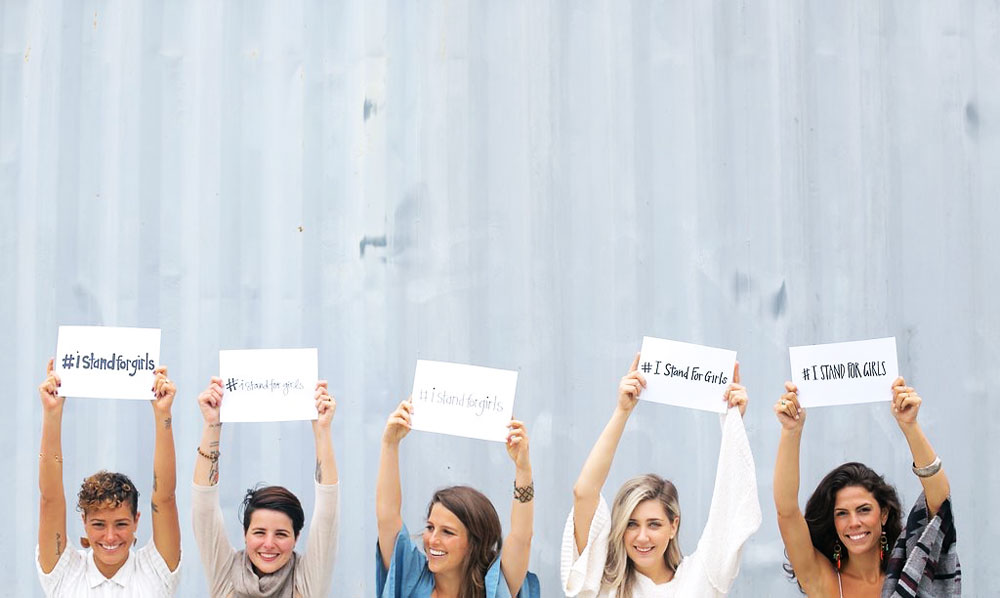 What’s the #IStandForGirls campaign and where did the idea come from?

The idea came from the fact that I had been sponsoring the pre-school education of my namesake, Lindsey Brianna, and I saw that in 4 short months, she had already learned so much. She was already speaking Changana, Portuguese, and counting in English, and was reciting poetry. I also saw how the children of the women in our sewing cooperative had been learning and developing differently than children of other members of the community who didn’t have the resources to pay for school books or to go to school. I wanted more kids to be able to go to school and get an education so that they could have more opportunity in life. 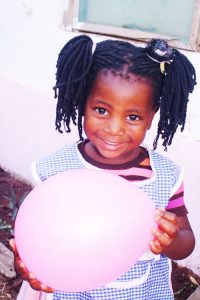 What’s education like for children in Mozambique compared to what we’re used to in the West? Education in Mozambique is a privilege that many children don’t have access to. In the West, education seems more automatic, something you have access to no matter what your background. When kids do go to public schools in Mozambique, they only study for a couple hours (either in the morning or in the afternoon) whereas in most elementary and high schools in the West, children study from around 8am to 3pm or 4pm.

Why did you choose to specifically focus on Mozambique?

I was a Peace Corps Volunteer in Mozambique for three years! When I applied to the Peace Corps, we didn’t have the option to choose which country we would serve in, but since I already spoke two romance languages, they placed me in Mozambique because they thought it would be easy to learn a third, Portuguese (the national language).

When my Peace Corps assignment was over, I decided to start Kurandza as a way to continue working with the community where I had lived and worked for three years. We’ve thought about spreading our work to other countries, but for now it’s a hard “no” because we don’t want to spread ourselves too thin. We want to dedicate ourselves to making a big difference in a few local communities. 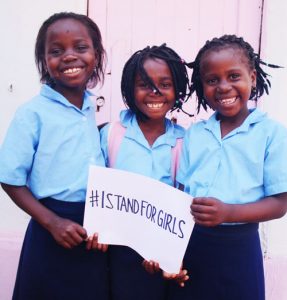 What are your goals for the campaign?
Our goal is to raise scholarships for 200 girls! For one year, the scholarship for one girl is $240. This pays for her school fees for the year, a uniform, a backpack, school books, school supplies, and transportation expenses. We hope to take on several long-term sponsors who want to see these girls finish school! We also have the goal of building community, creating new collaborations, and spreading awareness about the importance of education for girls and gender equity.

How do you see Kurandza and its projects developing further in the future?

In the future, I see Kurandza building a leadership academy for girls and a vocational center for women where we teach girls and women the skills that they need to become economically empowered as well as internally fulfilled. There have even been talks about building our own schools in the future, but for now, we’re working to equip and build the capacity of our three partner schools!

How can people get involved with #IStandForGirls if they want to help?

For those who want to get involved with #IStandForGirls, you can either join our launch team and help spread the word about the campaign via social media, blogs, or word of mouth, or they can sign up to sponsor a girl for $240/year or $20/month!

[Closed] Bunnybot Returns – Find 6 Eggs For Your Chance To Win!