What Is A DDoS Attack & Why Do They Happen?

In this post, we look at what “DDoS” stands for, what it is, and how a DDoS attack can affect your website. Although this blog post covers a more technical topic, it’s designed to be straightforward and relevant to bloggers and small business owners looking to learn more about the subject.

What does “DDoS” stand for? What exactly is a DDoS attack?

In simple terms, a DDoS attack is when a large number of bots are sent to a website or server with the aim of taking it offline. This amount of “traffic” is designed to overwhelm a server and take it down, so the websites hosted on it are completely inaccessible. Often tens or hundreds of thousands of bots are needed to visit a website at the same time to make downtime happen. In the early stages or if a host is particularly good at protecting against DDoS attacks, websites may be slower than usual but still online.

Why would someone want to do this?

There are a few different reasons why people instigate DDoS attacks:

Global Politics – Political disputes can lead to individuals in some countries attacking servers in other countries, for example DDoS attacks on Western servers have been increasing from Russia and China.

Controversial – Sometimes DDoS attackers specifically target particular websites that are controversial or considered objectionable to a particular group. An example of this would be the websites of extreme left wing or right wing political groups. If these are hosted on a shared platform along with your website, this could take your site down along with theirs.

Entertainment – Some people simply do it as a challenge, just to see if they can, or for entertainment.

Which web hosts are affected?

No hosting company is completely immune to DDoS attacks, although some are more of a target than others (typically bigger hosts), and some have better DDoS protection in place than others. The better the DDoS protection, the longer a host can stop websites from going offline while they put in place measures to prevent that specific attack (such as blocking the range of IP addresses involved). Although websites being down is the worst situation, the upside is that DDoS attack mitigation is straightforward.

Related:  We Asked Established Bloggers, "How Did You Start Blogging?"

Do DDoS attacks affect my website files or security?

An attacker wants to take websites offline; unlike typical hackers, they aren’t interested in hacking into your website, deleting or corrupting your files, using your hosting to spam, or stealing personal data. So your website itself isn’t compromised during a DDoS attack; it simply runs slower or is inaccessible.

What do I do in the event of a DDoS attack?

There’s nothing you can do as a website owner to stop, mitigate, or prevent a DDoS attack – it’s up to the web host to resolve as quickly as possible. So all you can do is sit tight! We’ll put something up on our status page, and resolve it as soon as possible. If you have a super busy website, you may want to post a quick message on social media to let your visitors know that your website will be back up and running soon.

Found this post useful? Pin it for someone else to discover: 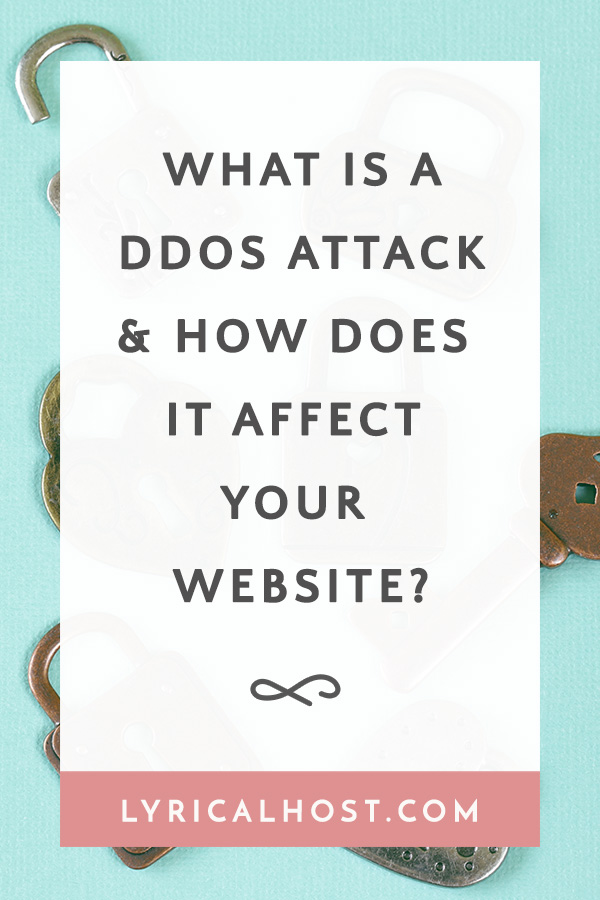 Planning Your Year in Blogging

Should I Accept Guest Posts On My Blog?

We Asked Creators: What Are Your Travel Essentials?

10 Ideas For Celebrating Your Business’s Birthday