The 6 Types Of People You See In Facebook Groups

If you’re in any kind of blogging or business groups on Facebook, you’ll probably be familiar with the kinds of approaches people take. We’ve rounded up the main types of people along with some tips for the content they love and hate the most, so you can help cater for the needs of every kind of person in your group…or understand them better in other groups!

Once you’ve read through the different types, we’d love to know which you identify with; let us know in the comments!

These are group members who know what they’re talking about! They’ve usually got a very deep interest, and often qualifications and/or years of experience in the group’s niche. They’re likely to be in your group because they like sharing information, and because they have something related to promote (however, they will usually stick to the group rules around promotion and be more subtle about attracting people to them).

The Authorities can be a great asset to your group because they answer people’s questions when you’re not around, and often have a lot of experience/knowledge to draw from. However, the Authorities don’t shy away from correcting people, saying what they think, and sometimes causing heated debate. An Authority rarely backs down or thinks they’re wrong. When two Authorities clash, you’ll know about it!

Has a hard time with: Their authority being questioned or threatened, people being wrong.

Content they love: Anything that gives them a chance to showcase their knowledge or promote their work.

Content they hate: Threads with authority-undermining tones, e.g. sharing embarrassing mistakes, or very basic information with no opportunity to add something themselves.

These are the group members who love learning more. In the broader category of Questioners, there are several different subtypes. For example, some genuinely want to know more, some want to actively solve a problem, some just want to air frustrations in a more indirect way, some have already researched the answer or asked in a bunch of different groups and are confused or more interested in validation of their thinking, and so on.

The Questioners are great at starting new threads and naturally keeping the conversation going in old threads. Questioners can be hard work, but their gratitude makes it all worthwhile, plus they can be a huge asset for engagement. However, Questioners can potentially annoy more experienced group members if a lot of the same basic questions come up again and again (solve this with a Q&A thread, group File, or website link).

Questioners are often spur of the moment people – they’re activated by something they experience or read and want to follow up on it immediately. For this reason, they’re often (conversely) unlikely to ask questions if you open a Q&A thread or invite them to ask questions in a specific time and place – their questions are natural rather than forced.

Gets on best with: The Authorities, because they love having their questions answered.

Has a hard time with: Making decisions when faced with a lot of options/information. Being made to feel scared/uncomfortable about starting threads or asking questions in comments.

Utilize their strengths best: Create a group culture that supports question-asking, while setting clear boundaries to ensure everyone knows what’s allowed and how questions will be supported.

Content they love: Anything that gives them an opportunity to ask questions or jump on someone else’s thread and ask questions.

Content they hate: Questioners don’t really hate any particular type of content, but they are less likely to engage with threads that don’t offer some kind of learning (or ranting, if they’re that kind of Questioner) opportunity.

These are the people who will take part in a thread if there’s something they find interesting going on, but won’t go out of their way to check the group (or even necessarily remember it exists). To hear from a Participator, there needs to be a clear incentive, for example a blog post sharing thread or a contest.

These and Lurkers are likely to make up the bulk of your group, which isn’t a bad thing because everyone being super active all the time would get pretty crazy! Participators are likely to be satisfied with a group but not wildly passionate about it.

Participators may become Lurkers (or generally be Lurkers unless incentivized). Participators will very quickly drop off out of sight if you take a break from your group for a bit, and this can cause group engagement to dive off a cliff in the long term due to Facebook’s algorithm being very sensitive to people engaging/interacting with your content.

Gets on best with: Participators tend to get on well enough with everyone. As long as there’s some kind of purpose for them being in the group, they’re happy.

Has a hard time with: Passive informational posts.

Utilize their strengths best: Encourage engagement by providing opportunities, for example contests, guest posting/speaking/podcasting, backlinks, sharing threads, and so on.

Content they love: Anything that has an obvious, direct benefit to them and doesn’t take too much effort.

As you’d expect, Lurkers are people who silently consume group posts with little to no engagement. Lurkers are a type of group member referenced by Facebook in their Lives, so they have official acknowledgement!

A good way to gauge how many Lurkers you have is to provide some kind of low-hassle unmissable opportunity that they need to complete a form for or perform a basic task. You’ll soon see how many people are actually seeing your posts!

Other types of group members can turn into Lurkers if they don’t get what they love best from your group’s content.

Gets on best with: They’re invisible, so could be anyone or no one!

Content they love: Anything that can be passively consumed.

These are the group members who are your biggest cheerleaders. Always ready with the biggest compliments, Super Fans add a lot of positivity to your group. However, if you’re an introvert group owner it can get overwhelming sometimes. Super Fans can also make less enthusiastic group members roll their eyes with their effusiveness.

Super Fans may be short term or long term roles. For example, some people may wax lyrical about you every chance they get, and others may occasionally pop up to express their gratitude when you’ve helped them out or created something they love. As you’d expect, people who are Super Fans in your group may be a Participator or Lurker in another group (or vice versa).

Gets on best with: Anyone who compliments you or feels the same about you as they do.

Has a hard time with: Criticism and conflict.

Utilize their strengths best: When you’re looking for testimonials, a launch team, or spreading positivity in general.

Content they love: Anything happy or useful to get excited over.

The Supporters are a very rare type of group member, but they’re also one of the ones you want to spend the most time nurturing (which can be hard as they’re difficult to come across, typically very low maintenance and spend a lot of time quietly in the background!).

The Supporters are like part-time yous. They’re people who will see someone else’s question and answer it with a link to one of your own pages, blog posts, products or services. They will highly recommend your products/services to others, even in other groups. In your group, they are extremely loyal and will provide your affiliate code/link rather than their own.

Supporting isn’t a full time job, so they will often also be another group type as well, usually Super Fan or Lurker, or occasionally Participator.

Gets on best with: Super Fans and Questioners.

Has a hard time with: People who break rules or self-promote something that conflicts with the owner’s offering.

Utilize their strengths best: Thanking them for supporting you and ensuring they have the information they need to help you.

Content they love: Complimentary and supportive posts from other group members, and questions where they feel confident and helpful answering.

Found this post interesting? Pin it for someone else to discover! 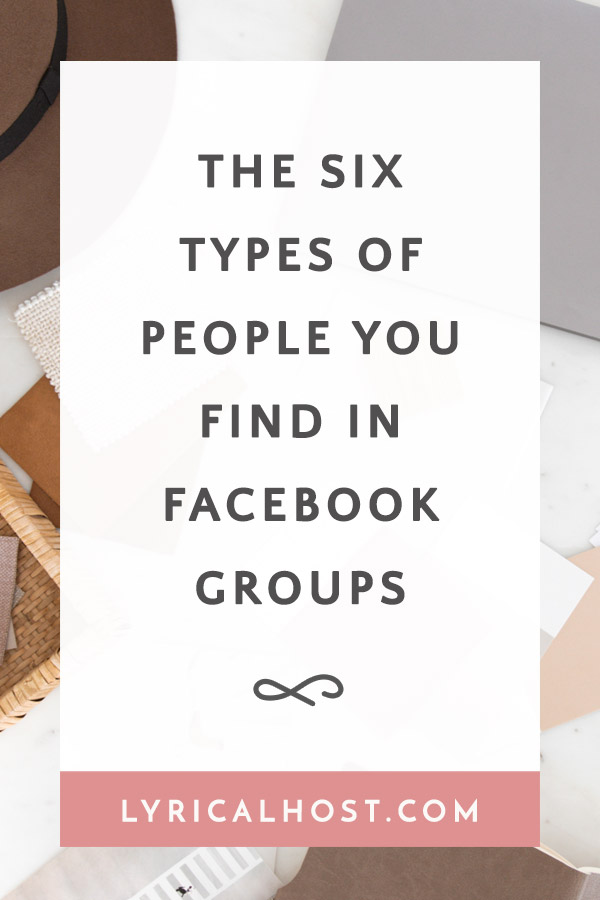 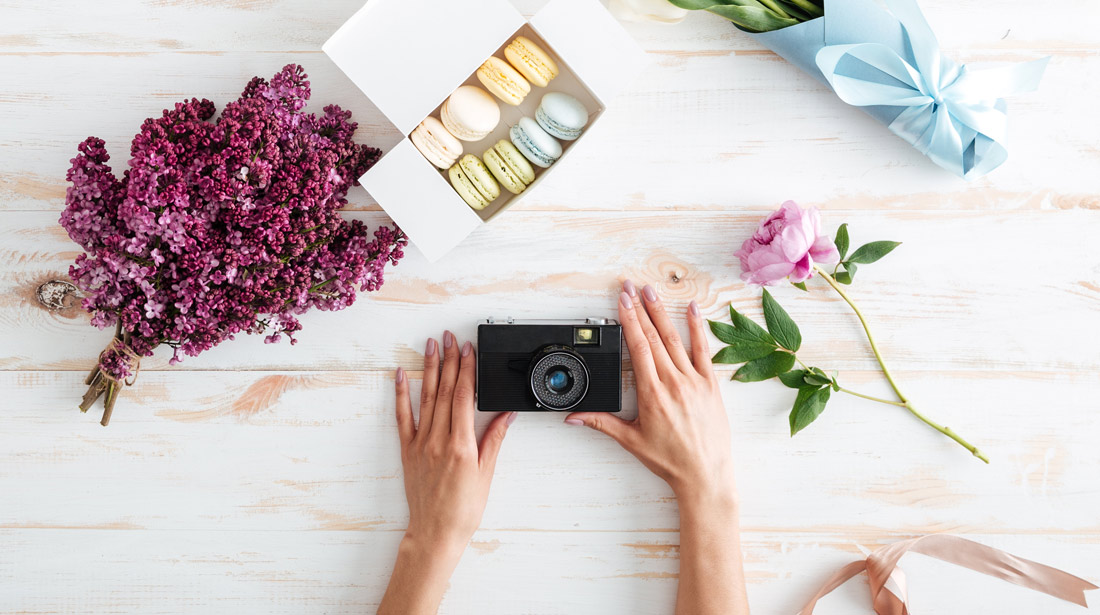 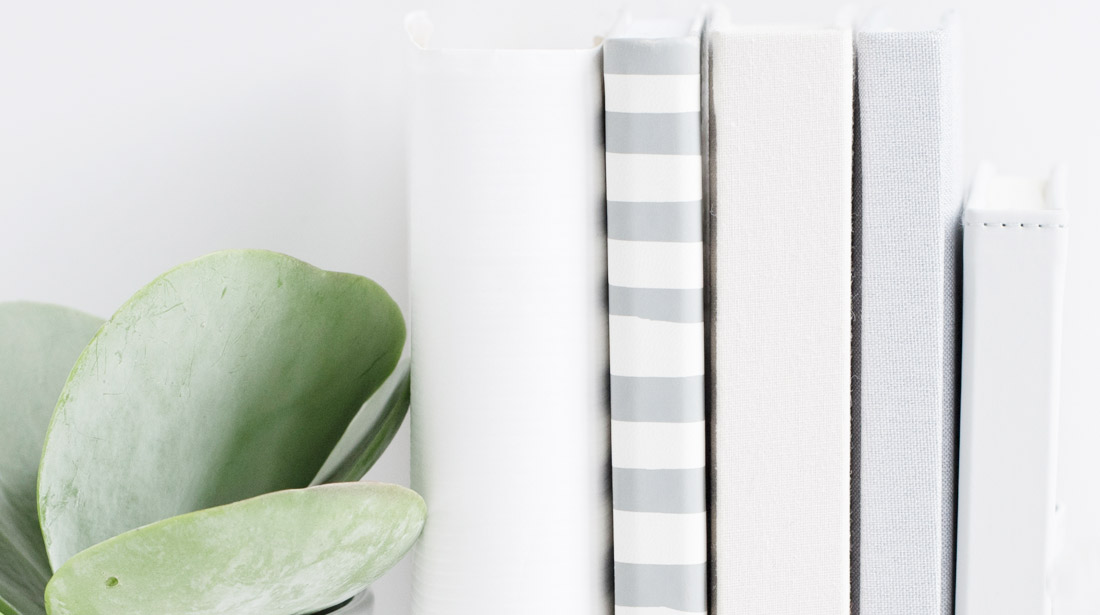